Minimal access cranial suspension (MACS) is a short scar lift, which is refined from the traditional SMAS (multi-layer) facelift. It is mainly suitable for patients with midface sagging or circumoral fat laxity but without severe aging and could achieve similar results as a traditional facelift but without requiring a relatively long recovery period. The surgery is performed by making an incision from the anterior margin of the temple to the preauricular area and then around to the retroauricular area. It does not need to extend to the occipital hairline. Dr. Chuang first conducts limited dissection of the skin and superficial fascia via the incision and after the partial removal of the fascia tissues, may stretch the fascia flap from the anterior margin of the dissection area (near the nasolabial fold) posterosuperiorly to the preauricular area and suture concentrically to fixate on the deep fascia. In this way, the distal skin combined with the nasolabial folds and the circumoral fat is tightened toward the rear of the cheek. The lift direction and number of threads can be adjusted depending on the degree of skin laxity. Repetitive purse-strings sutures may also be performed 2-3 times in the same area to enhance the stability and result of the surgery. After the superficial fascia is suspended and fixed, Dr. Chuang will remove the loose skin and close the wound.

Compared with the traditional or deep plane SMAS facelift, this surgery is relatively simple and does not require wide dissection of the skin flap and myofascial plane, which greatly shortens the operating time and recovery period. Besides, because there is no risk of facial nerve injury, it is suitable for middle-aged or busy, hardworking patients with an initial aging cheek appearance. However, the drawback is that the results may not last as long as those by the SMAS facelift (approximately 5–6 years on average), and it may not distinctly lift and improve neck skin or neck wrinkles. Therefore, patients should decide upon this procedure after evaluating whether their objective indications and subjective requirements are identical. 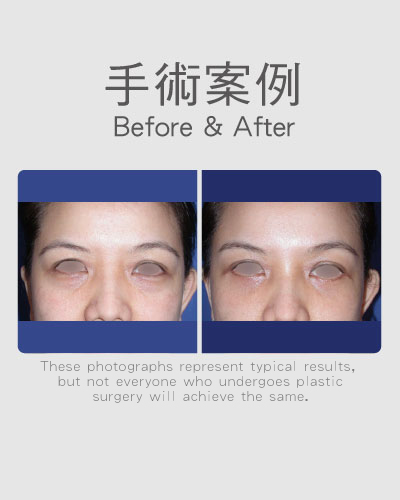