Compared with double eyelid or combined medial canthoplasty, lateral canthoplasty is unassociated with the shape or patterns of double eyelid folds and is a relatively independent surgical option. It is mainly used to dissect the connection between the superior and inferior eyelids at the lateral canthus (outer corner of the eye) and extends to the lateral side of the eyeball;, which it not only excises the redundant skin covering the lateral canthus but also increases the exposure of the white eye to achieve the effects of eyeball enlargement and elongation. The surgical incision is located at the margin of the superior and inferior eyelash skinsmargins, so the scar is less visible. However, because the wound suture sometimes stimulates the eyeball cornea, the patient’s eyeballs show temporary swelling and irritations when the stitches have not been removed within 1 week postoperatively. Moreover, the dissection site of the lateral canthus does not have eyelashes growing there and might present temporarily redness, stimulus, and other allergic symptoms temporarily. Therefore, Dr. Chuang suggests that patients willing to undergo lateral canthoplasty should consider its side effects and the recovery time before making a decision.

Traditional lateral canthoplasty horizontally cuts the lateral canthus and then makes a simpledirect ssimple stitching directly on the superior and inferior eyelid wounds. This method is unable to achieve substantial elongation and but causes lateral canthus retraction due to scar hyperplasia, so the successful ratesatisfaction is was low in the past. Dr. Chuang utilizes the innovative V-Y advancement flap to perform surgery for lateral canthoplasty; hence, it is also called lateral canthopexy. Along with lateral horizontal pulling and extension of the lateral canthus, it requires releasing and dissecting the deep medial canthal ligaments and then fixating and stitching the repositioned medial canthus to the periosteum and ligament close to the lateral side of the eye socket, before partial skin resection and stitching at the defective parts of the superior and inferior eyelids. Its advantages are stable postoperative results that are less likely to retract and distinct enlargement (at most 3–4 mm); the drawbacks are the complex nature with long surgical procedures, relatively slow postoperative recovery, and occasional exposure of red flesh.

Dr. Chuang warns that the following patients may be unable to undergo lateral canthoplasty: 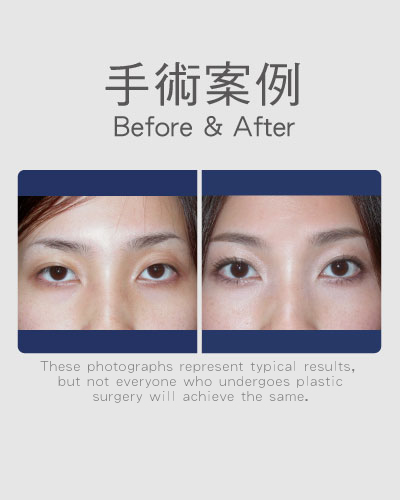